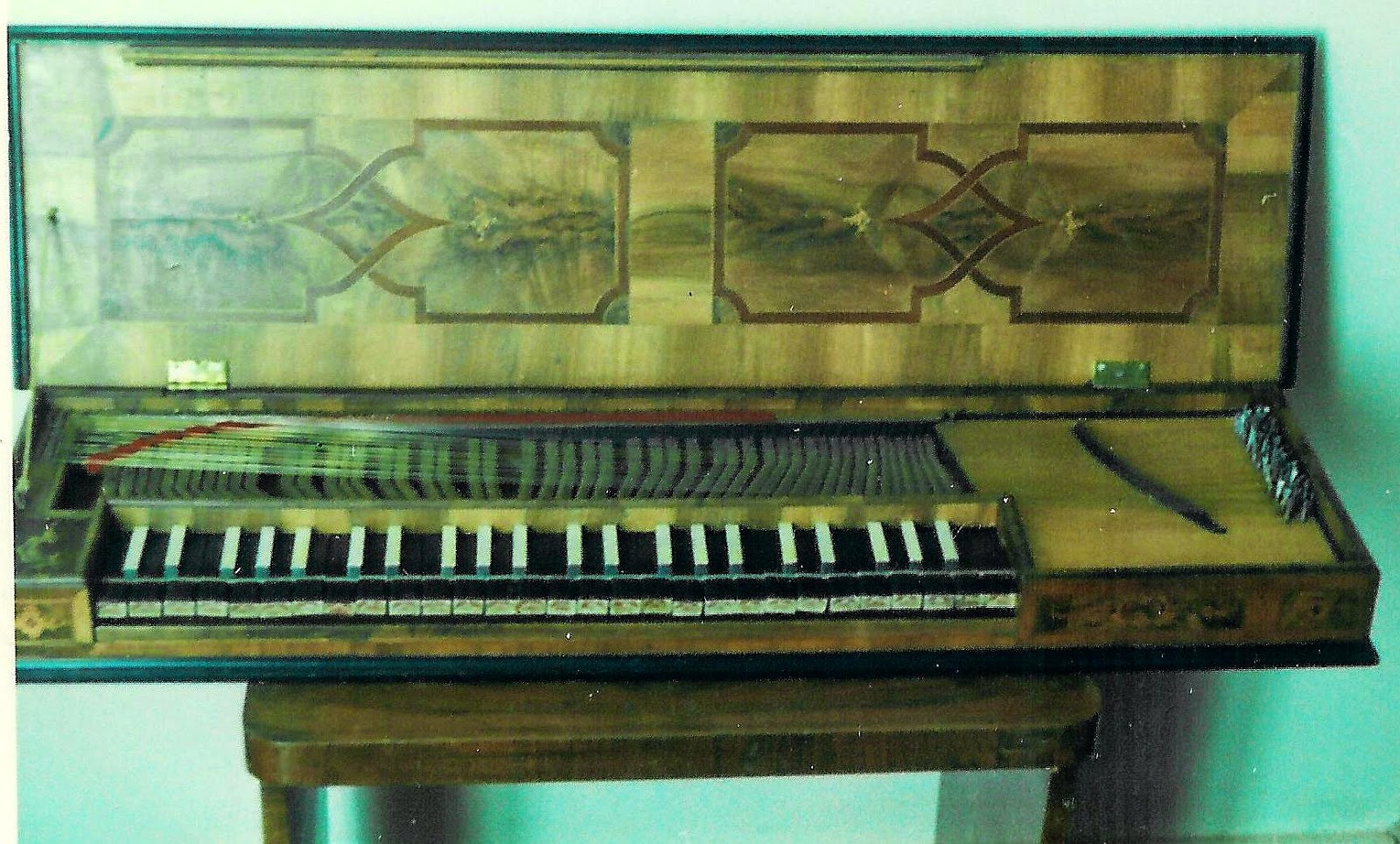 
In beautifully inlaid case which is newer (1730?).  From Germany, rectangular, elongated box.  It is a keyboard of which the tones are produced by slender upright blades of brass called "tangents", flattened at the top where they make contact with the strings.  The earliest record goes back to 1404 when it was mentioned in "Rules of the Minnesingers" by Eberhard Cersne.  The oldest existing specimen is in the Metropolitan Museum, New York and is dated 1537 (RDM 6.3.65)


Mr Adler secured this instrument because the owner, who had resisted all offers had died and his widow was willing to sell.  Four-octave keyboard with ebony naturals and ivory accidentals, the front of each key delicately carved.  These instruments were mainly made privately by craftsmen who seldom put their names on their work. Three-and-a-half foot oak case.  Experts estimate age as middle of 17th century. Mostly used by women, and has little box at the side where it was customary for ladies to keep perfume or hairpins or other feminine accessories.(RDM 5.4.61)