The first printed edition of  the five books on music in an extremely rare separate issue, foliated I - LXVIII. (de Musica XX - LI)  Illustrated with numerous woodcuts.Martianus Minneus  Felix Capell (formally listed Capella) probably wrote his work, one of the earliest and most important music treatises in the first half of the 5th Century.  It deals with the relationship of music to mythology and the encyclic disciplines, the effect of music on man, the definition and classification of music and theory, harmonics and rhythmics.  The work was highly esteemed by medieval teachers.  He was the forerunner of Boethius, who wrote this similar, much more comprehensive encyclopedic work. The chapter on music " furnished the Occident with its foundations of musical thought"  ( -  P.H. Lang) 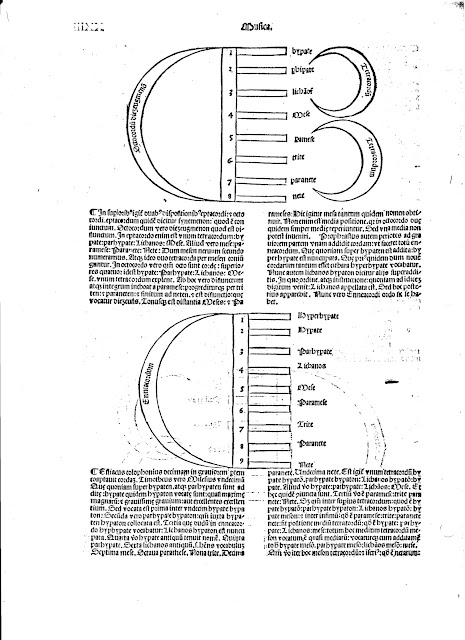 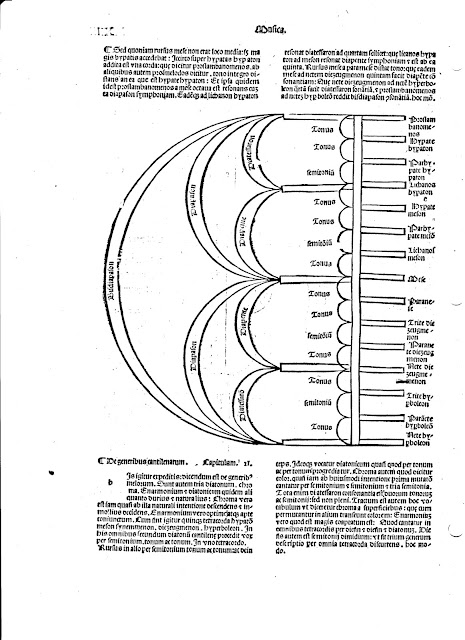 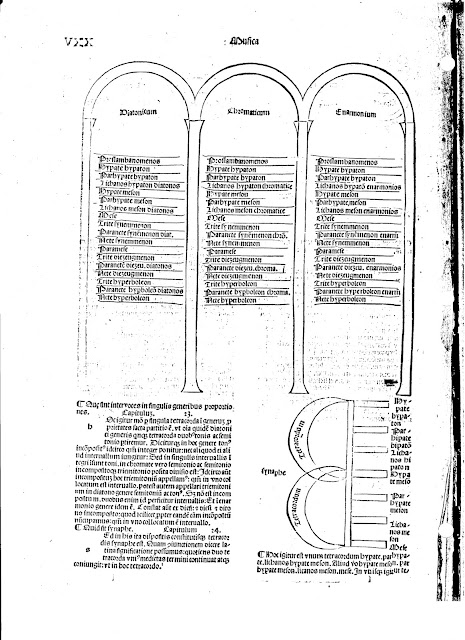 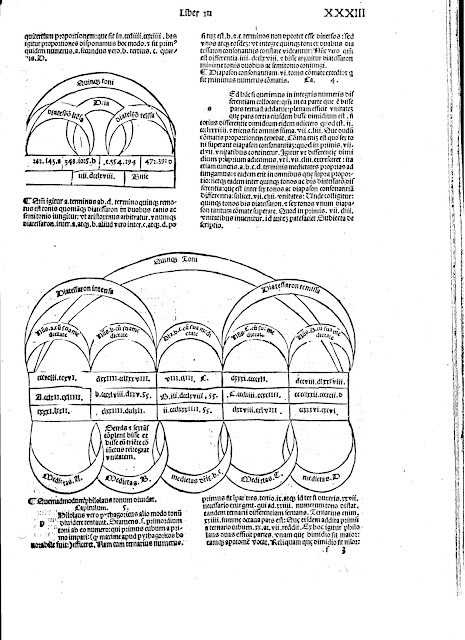 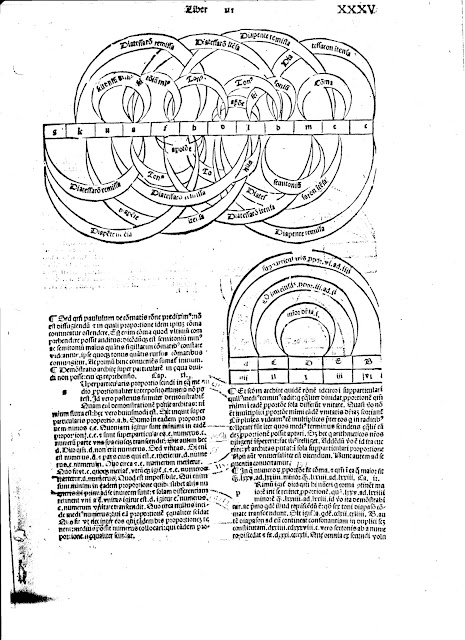 "...printed in 1492, not long after the invention of printing is a scientific treatise on acoustics. Written by the noted Roman Philosopher, scientist and statesman, Boetius  it is entitled  De Institutione Musica. It is liberally illustrated with diagrams and mathematical equations that shows a remarkable foresight into the acoustic problems of 20th century concert halls, plagued as many are by excessive echo, complete dullness or places where sound does not carry at all....."