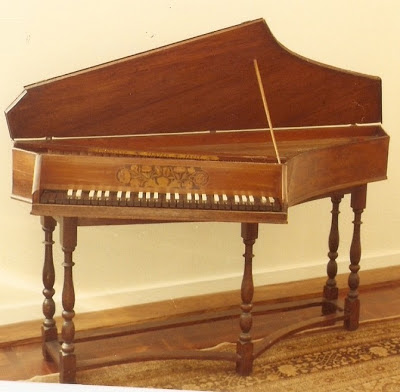 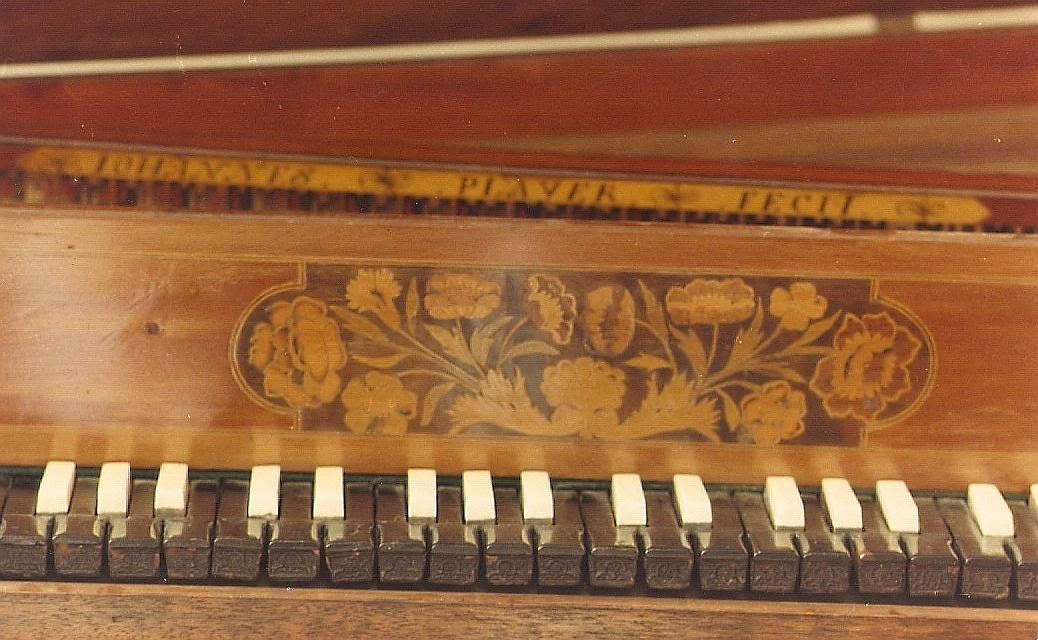 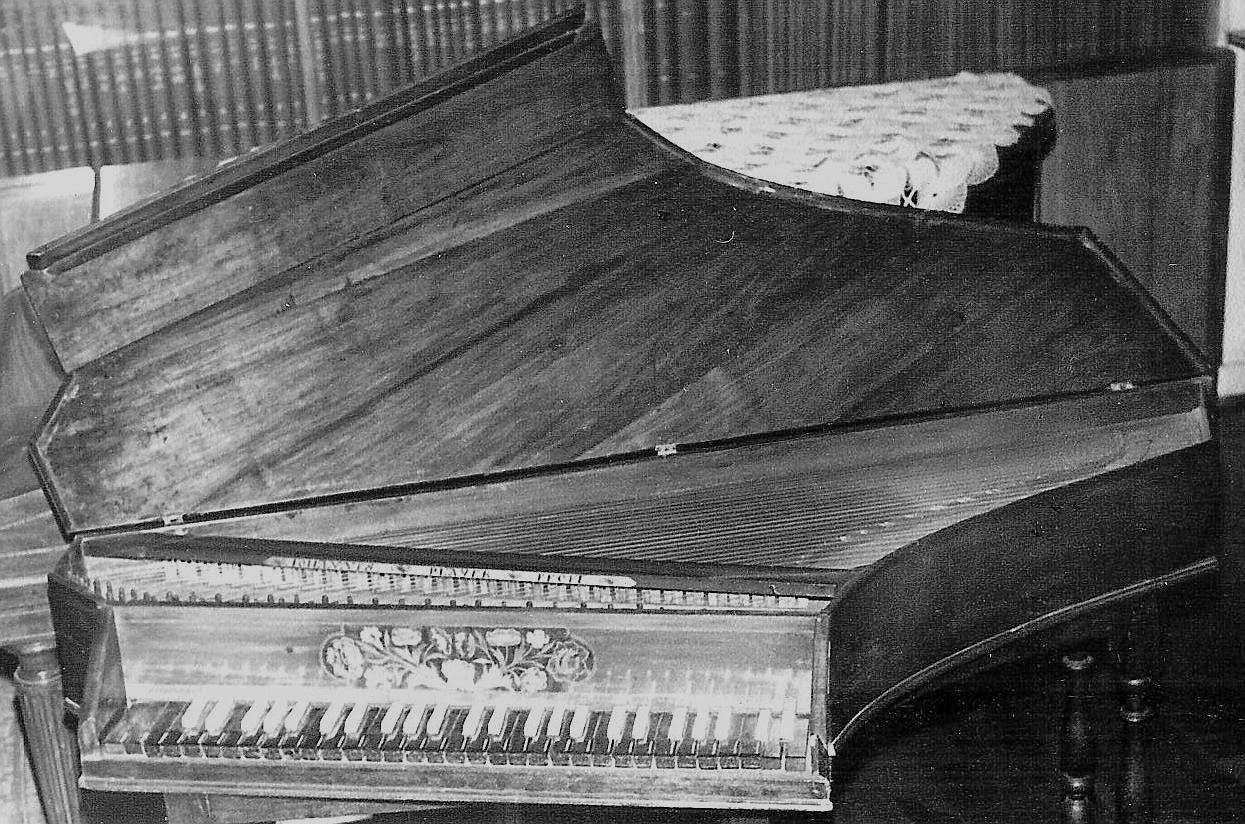 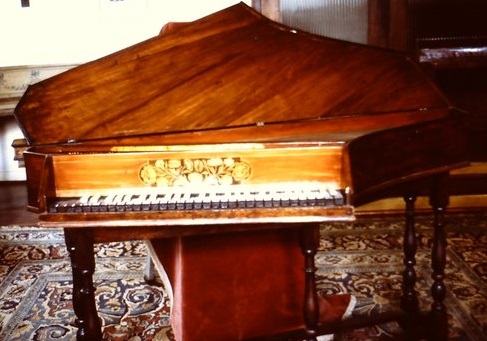 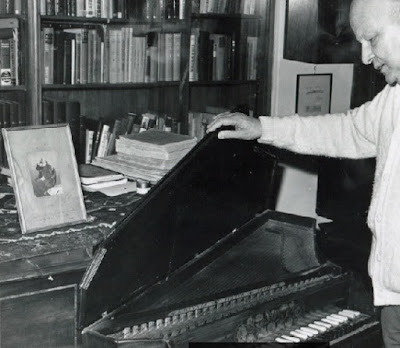 
John Player was a virginal, spinet and harpsichord maker in London.  Born c 1634, he became a freeman and later master of the Joiners' Company, and died probably in the first decade of the 18th century. On trestles, bought from Sotheby's, 1966. Note the fine name-plate inset Johannes Player fecit,  four and a half octave span, two of the bass notes halved to allow for quarter-tones. The London craftsman John Player was known to have experimented with quarter-tone keys. [This discovery was lost for hundreds of years, until quite recently when a quarter-tone piano was hailed as a "modern" discovery, Pretoria News, 10.3.69]  Only four other of his instruments have so far been traced.  One is in the Victoria and Albert Museum, another in Washington.  The spinet here, beautifully inlaid with carnation and tulip design, already has in miniature the shape of grand pianos to come. (RDM, 27.9.66)

Information from Boalch: 11 listed  This instrument is probably the one on p. 121 listed as number 8, sold by Sotheby, 4.7.1966
Type: Wing spinet
signed on jackrail: Johannes Payer fecit,  exterior of case, plain wood, length 1511 mm
Nameboard inlaid with tulips and carnations issuing from foliate cornucopias.  Compass is lacking GG# and AA# but having split C# and D# in octave above.  Arcaded naturals.  Walnut case.
Sold at Sotheby's  in 1966